Click here for the website
For many of our graduating 2020 students COVID19 has taken from them the opportunity to celebrate their hard work and successes in the form of their physical thesis exhibitions. FotoFika invites your students to submit their work to the FotoFika Trading Card project!
2020allstars.org is a platform for your students to submit an image to represent their accomplishments. Several institutions and individuals are contributing to the project, including the Center for Creative Photography, SPE, ICP, VCU, ASU etc.  We plan to produce a physical set of cards and uncut sheets that will become part of a number of permanent collections, guaranteeing that our students will be remembered for generations to come! Inspired by Mike Mandel’s iconic series of ‘Baseball-Photographer Trading Cards’ all photo/photo-based majors/concentrators (BA/BS/BFA/MFA/PhD) graduating in the spring of 2020 are welcome to submit. Mike Mandel has welcomed our emulation and will be among our contributors who will write for our “All Stars” along with Becky Senf, John Freyer, Betsy Schneider and Anne Massoni (more contributors are being added daily). All students will be included regardless of this special consideration.
Submitted work will be added to the website and instagram feed daily, over the summer we’ll have the time to designate the All Stars and produce the cards. Please forward to your students and a colleague or more at yours or another institution! And visit our site daily for added cards! https://2020allstars.org
Posted by r nolan at 11:49 PM

Midwest Camera is Open for Shipping


The intern will receive a $1,150 stipend for an 8 week internship. Interns also receive many other benefits, including a complimentary Telfair Museums membership, free admission to Museum functions, discounts at our café and gift shops, and the ability to observe and receive instruction that enhances their knowledge of the museum. Students are responsible for making arrangements with their schools to receive credit. Telfair Museums does not provide travel, relocation, parking or housing assistance for interns.
The individual selected must be able to commit sixteen (16) hours per week. This time commitment can be organized in different structured blocks of time in consultation with the Curator (i.e. 2 days per week or 4 hours/4 days). Internship hours will take place during normal office hours in the Curatorial department: 9 am to 5 pm, Monday through Friday.
Department/Location: Curatorial – Jepson Center – Telfair Museums, Savannah, GA.

Telfair Museums is seeking an intern to assist with art historical research relevant to an upcoming exhibition about photographer Bruce Davidson. The intern will primarily work in the curatorial department of Telfair Museums, conducting research in the museum’s archives, library, and online. The position requires exceptional attention to detail, the ability to manage multiple and diverse tasks simultaneously, strong interpersonal skills and a collegial attitude, excellent writing ability, and a high level of professionalism. Coursework in art history and/or museum studies is helpful, and enthusiasm for the visual arts is required. Telfair Museums is excited to open this opportunity to creative and attentive individuals seeking experience in the curatorial department of an art museum. An individual with a background or interest in photography is preferred.

Applicants are required to commit to sixteen hours per week.

Candidates applying for internship must:

Posted by Jaclyn Cori Norman at 6:51 AM

The submission deadline for PHOTOGRAPHY is 11:59 p.m. on THURSDAY, MARCH 5.

All submitted work will go through a jurying phase. If your work is selected for Open Studio, these works will be printed by the Photography Department via the RA-4 Archival Printer in Alexander room 136. Print files must be named with "(Student Name)OSN20" and deposited in the RA-4 dropbox by March 11 at 5pm in order to be printed.

Only files below 16 x 24 inches will be printed for free - so size accordingly. Please include a printing border when you submit your files. Students who do not deposit their full size files by this time will be responsible for the cost of printing, framing, and delivering their own work to Alexander room 118 by April 10th at 5pm. If the department prints and frames your work, the photo and frame become part of the SCAD Photo permanent collection and will NOT be given to the student at the end of the exhibition.

PLEASE NOTE:
If you have questions or concerns about the online submission process, please contact Belinda Draucker at bdraucke@scad.edu, with OSN 2020 - PHOTO in the subject line.

Posted by Jaclyn Cori Norman at 6:56 AM 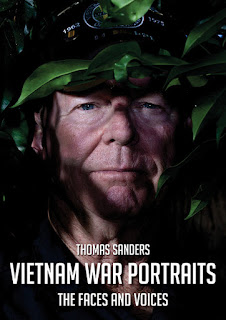 SAVANNAH, Ga. (WTOC) - It’s been 45 years since the last American helicopter took off from Vietnam on April 30th, 1975. Many veterans of that war still have a tough time dealing with it, and one photographer who is now in Savannah is hoping he was able to help out just a little bit.

Tom Sanders seems proud of his work in his newest book, “The Vietnam War, The Faces and Voices.” It’s his second book, coming after “The Last Good War” about WWII veterans.

“It always surprised me that all the World War II veterans came back as heroes, and the Vietnam veterans did not,” said Tom Sanders, SCAD Photography Professor.

Sanders believes this is his opportunity to let them tell their stories. The subjects are a wide variety, War relics, Vietnamese immigrants, nurses, veterans, and conscientious objectors.

“I think some of the veterans would be upset with the conscientious objectors in my book, especially the Marines who volunteered to be in the Vietnam War, but I think it’s my job to represent the Vietnam War the best I can,” Sanders said.

Sanders was able to give SCAD Photography Chair Rick English a quick preview of the book before it comes out in early March. After being rejected early on, he believes Ken Burns’ series on the war made it possible to re-visit and feels like that’s an important step for the veterans.

“I think as history goes on, we have to remind ourselves from the past, and I think the book is cathartic for Vietnam veterans, it honors them and it also introduces the war in a different way for our current generations to learn from the Vietnam War."

And while he feels good about his work with those that fought in the war, there were some uncomfortable times during sessions. 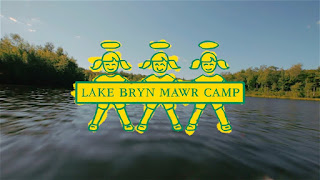 Summer Jobs: Photographers! Help Publish Our Camp Newsletter!
We will be on campus on March 6th to interview!

We are looking for photographers who will take pictures around camp while living with a group of campers and sharing in the excitement of daily life at camp.

We are also looking for a photographer with publishing experience to produce our camp newsletter, The Poplar Post. She will participate in all aspects of our program while living with a group of campers and sharing in the excitement of daily life at camp.

Learn more about us on our website (www.campbrynmawr.com). You can schedule an interview by clicking on the hyperlinks below or go straight to the SCAD job portal and search by the job title or 7-digit posting number.

We offer a competitive salary package including a travel stipend, housing and meals/snacks. Bryn Mawr is less than 3 hours from New York City and Philadelphia. 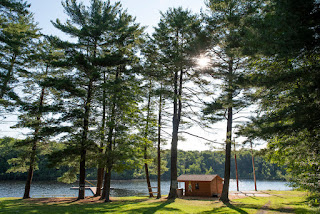 Posted by Jaclyn Cori Norman at 7:11 AM